At present, there are a total of 13 students studying in the supplementary class for children, including 7 elementary school students in the first half and 6 junior high school students in the latter half. At this year’s presentation event on December 8th, we made nengajo (New Year card), which is a part of Japan’s traditional culture. A picture of next year’s zodiac, the tiger, was added to the new year’s greetings. 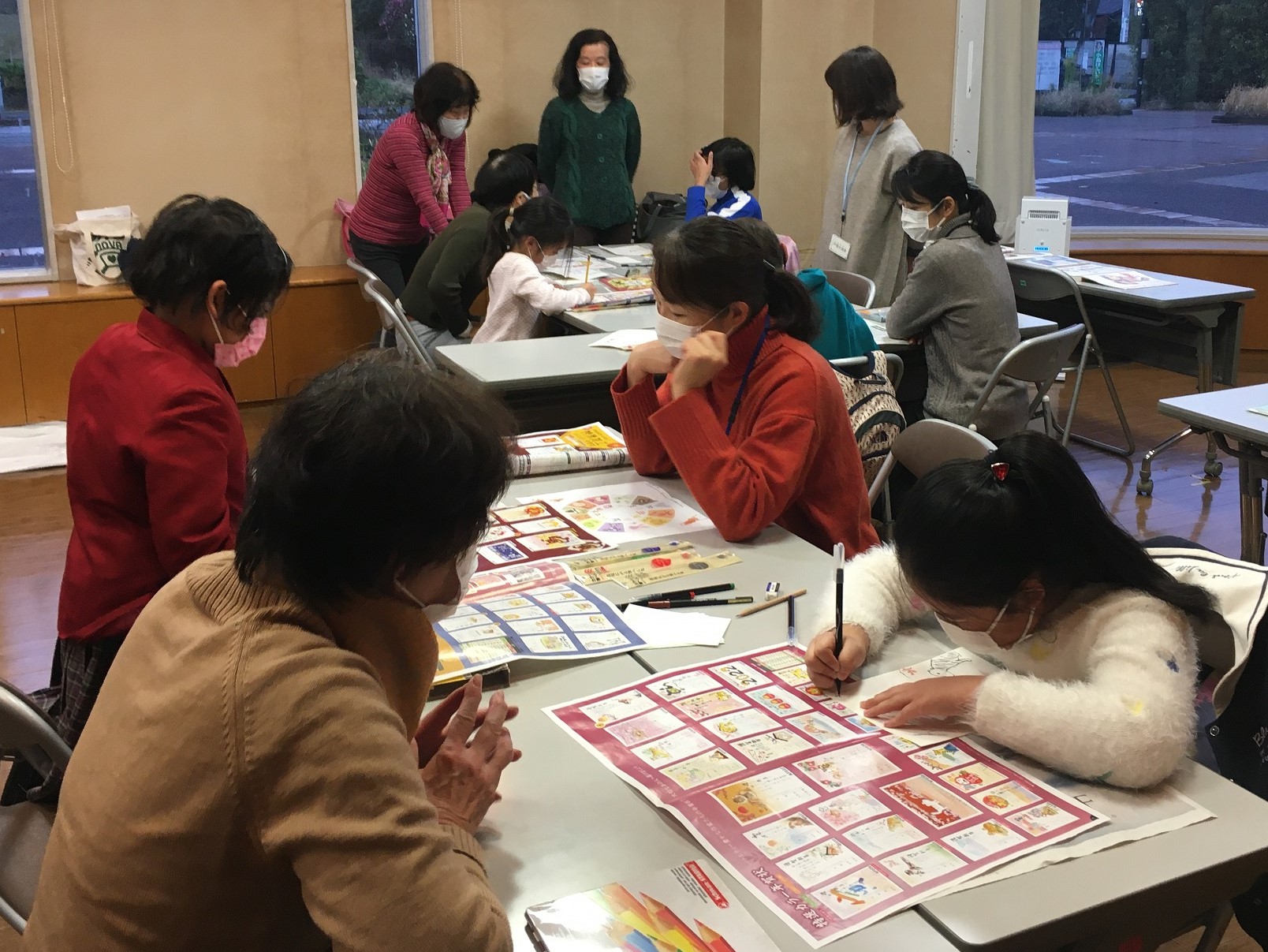 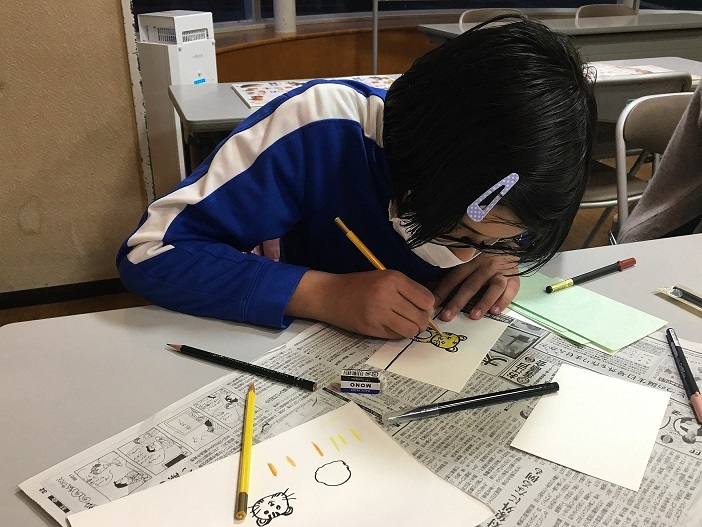 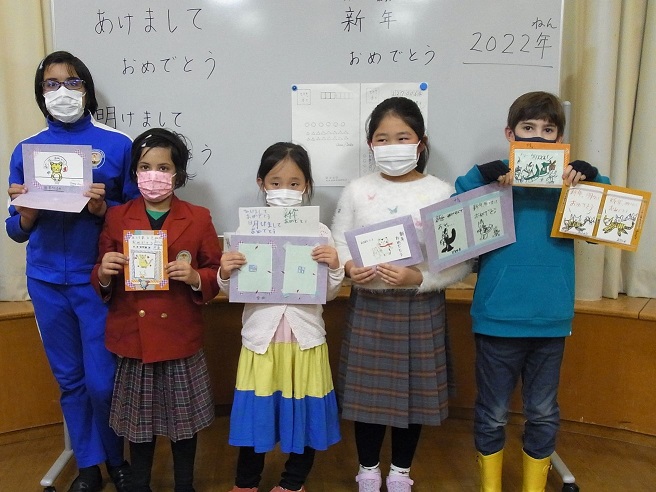 The participants shared some of their thoughts about the event: “It is my first time, I really like it”, “It is difficult at first but it is fun”, “I always like drawing so it is fun”. We will present their works. We hope that next year will be a good year!! 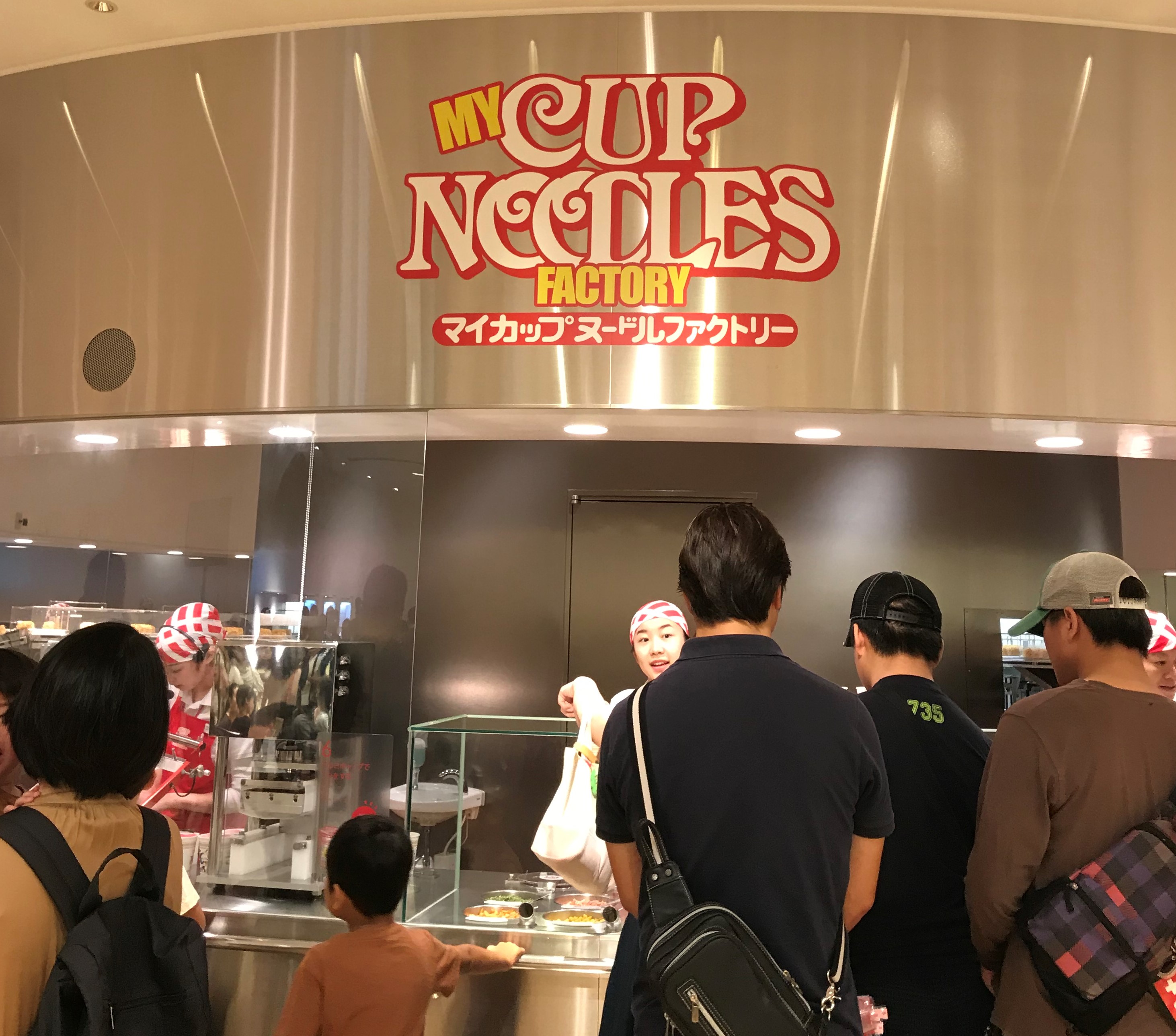 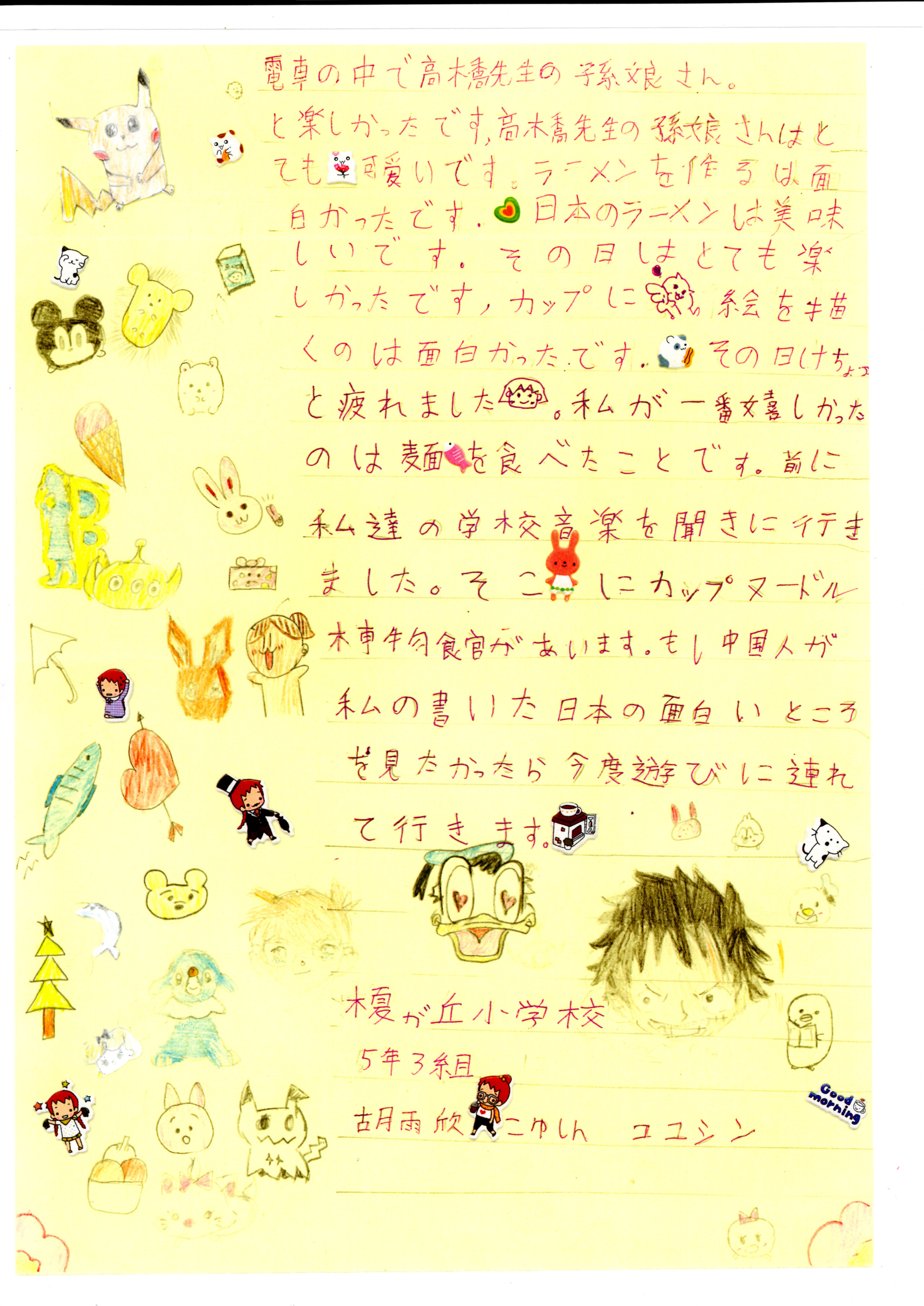 On the way to Kamakura, we saw the rainy sea from the Enoden train line. The teachers guided us through different temples and we saw hydrangeas. They also taught us about how to worship at the temples. We saw the Great Buddha of Kamakura. We were happy to hear an explanation about the history and present state of the Great Buddha from the wife of the chief priest. During the trip, I was able to see a lot of great things, meet some kind people, and learn about Japanese culture and customs.

On the day of the “Hina Matsuri (Dolls’ festival)”, it was unfortunately cold rainy day, but 17 members including learners, their families and volunteers  joined the outing  to Nogeyama zoo which  is in the center of Yokohama city. Though admission was free, we could spend a joyful day watching many animals and touching Guinee pigs and mice at “Good friend” square. Followings are impressions of two classmates.

On March 3, we went for an outing to Nogeyama zoo. It was raining all day long, but it was not so bad because there were less visitors. At Nogeyama zoo, we could

watch many animals for free.  For example, there was a sign board near the lion’s cage, which says “Please pay attention to Oshikko, (pee)” I learned a new Japanese

word. There was an animal which I saw for the first time. It was a monkey, Colobus guereza. Its back hair is black and white. White part is shaped circle and the center of it was black. It was cool. At Good friend square, we could touch Guinee pigs and  mice. It was a wonderful experience. After watching animals, we had lunch together at the dining. The room was warm and we enjoyed conversation. I could make friends and studied Japanese. It was fun and I am looking forward to the next event!

Last weekend, I went to Nogeyama zoo with teachers and classmates of Japanese class. It was raining and cold day. However, I could practice Japanese while walking with classmates. Usually, I have few chances to speak Japanese except for the Japanese lesson in every morning since I came to Japan. I was very glad that Japanese class provided such a significant event. I could see many animals with teachers and watch real animals which are quite different from seeing the photo of them.  Here at Aoba International Lounge, teachers are kind and I can have friends from other countries. It is fun to talk with them. This outing became one of my good memories.

38 members including classmates, their families, and volunteers participated in the tour on a fine day. We spent fun time watching Hina dolls and experiencing tea preparation. We asked Ms Ying who came to Japan about 6 months ago to interview our members.

Last weekend, I attended Hina doll event with my family. We saw an old Japanese house which is more than 100 years old.  We experienced tea ceremony and enjoyed tasty Maccha.  We learned Japanese history, culture, and the sprits of tea ceremony. We had wonderful experience. Thak you very much.

58 members including class mates, their children, and volunteers visited the museum on October 24 (Wed). 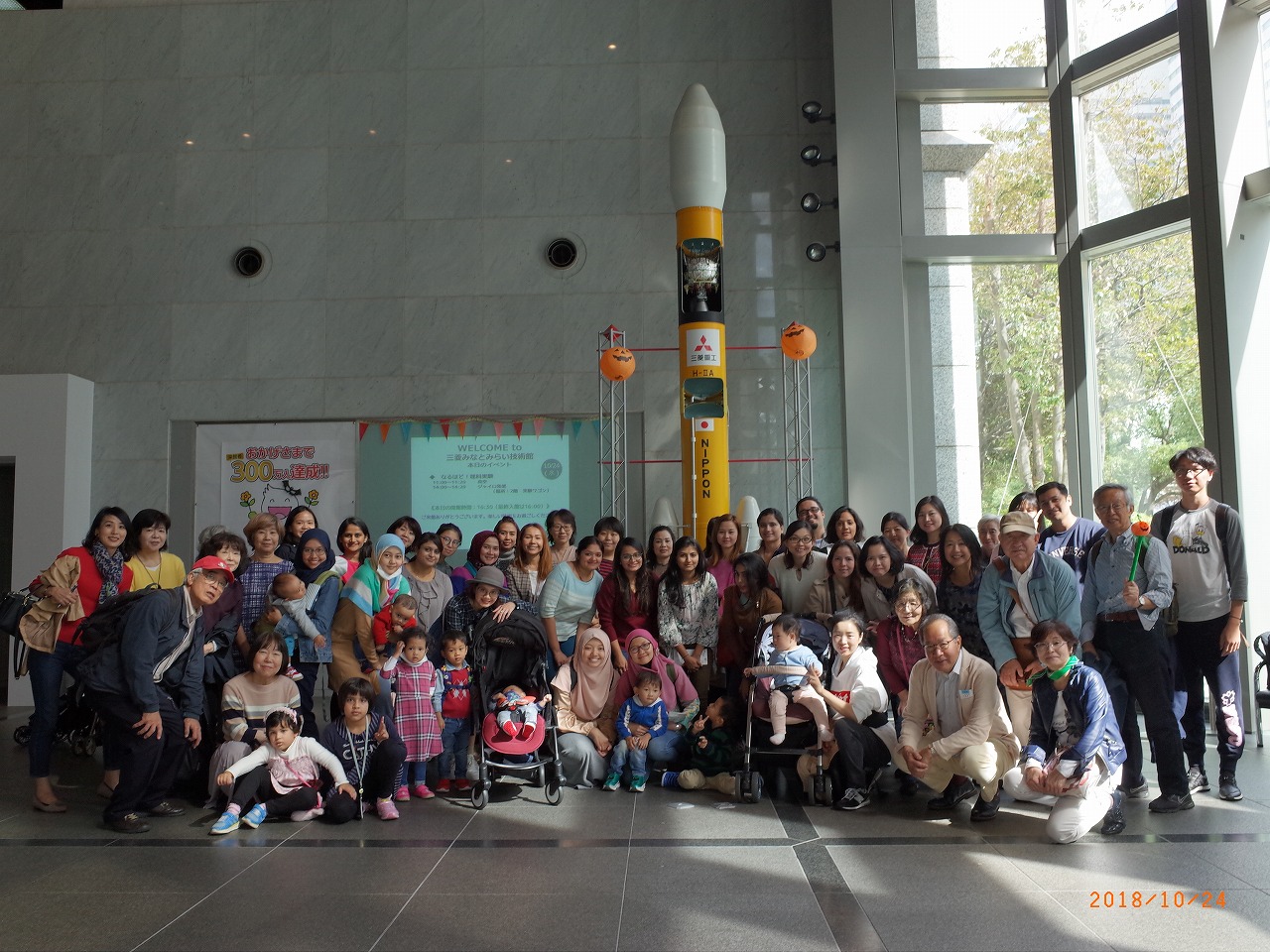 We looked at the exhibitions and spent fun time trying the experiencing system.  The most impressive exhibition was

the information such as the history of a submersible research vehicle and the present status of development.

Other exhibitions were MRJ jet plane, a rocket engine, and a future transportation vehicle. There also was detail information about measures

against global warming and about renewable energy. It was a fun day for me to study going out of the usual class room. What kind of technologies

will be developed in next 10, 20 years? Studying these recent technologies, I realized the importance of supporting technology development for the future.

Presentation event of the supplemental class for children  October 14th , 2018 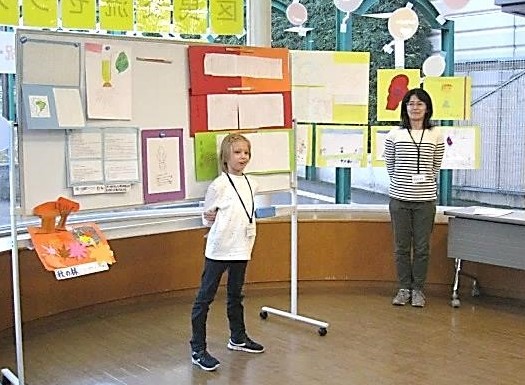 Children presented the accomplishments of daily hard works at the class, what they were interested in,

and pieces of their work which they wanted to be seen.

It started with self-introduction of each child and the song “If you are happy and you know it” by early elementary children.

Then followed quizzes about animals and insects, poetry reading, and speeches.

 The children’s families attended the event together.

 After the presentation, they all spent a joyful time playing paper-rock-scissors game and eating snacks.

Though it was raining, 42 people including classmates, their families, and volunteers participated.

We got on the boat at Hinode pier and got off at Asakusa. Then we walked to Sensoji temple through Kaminarimon gate and Nakamise street.

Mr. Jun interviewed three students, Ms. Chang-in, Ms. Kotsuki, and Mr. Javier.   Please see the video of the interview. (Please click the picture, then you can see the video.)

Here is the impression of Mr Jun, the interviewer.

I am Jun.  I came to Japan from Korea in October two years ago.  I have been studying Japanese from Ms. Chiba at Aoba International Lounge for almost one year and half.  This was the first experience for me join this kind of event.  It was really fun getting on a boat and praying at a temple.   It made me more impressive to have interviewed three classmates, Ms Chan-in, Ms.Kotsuki, and Mr. Javier.  I cannot use a humble form and courteous form appropriately yet. So I want study Japanese more so that I can speak Japanese fluently.

I appreciate for inviting me to such a wonderful event. 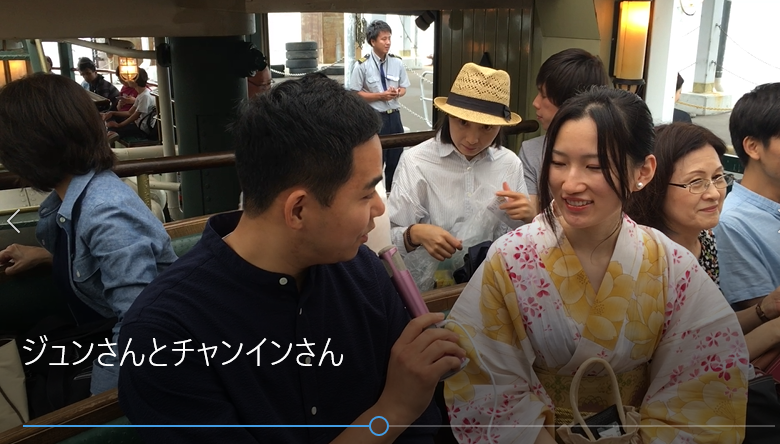 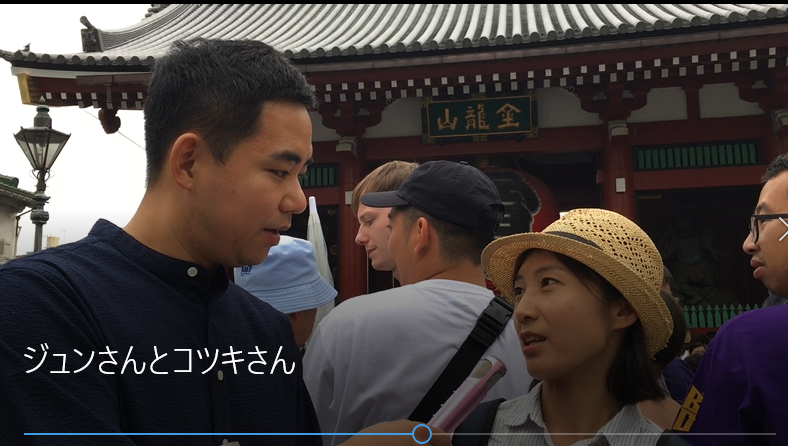 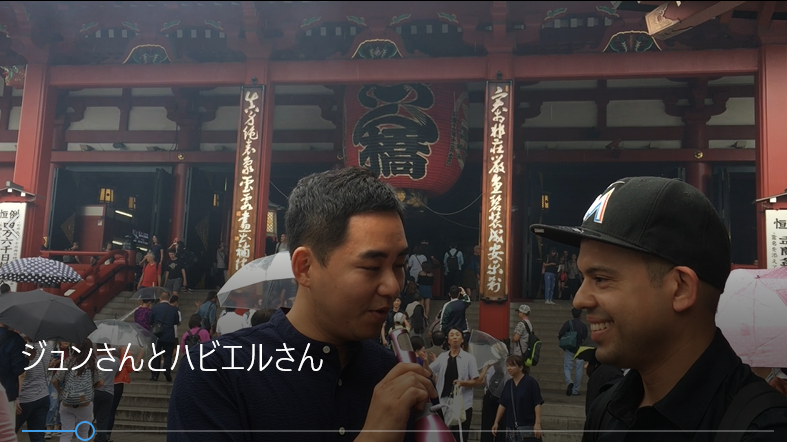 20 people including classmates, their families, and volunteers participated. 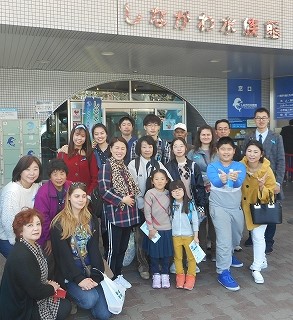 This the picture of a Buddhist statue carved by Mr. Zhang Hangtian who told us his wish to be a Miyadaiku, a carpenter specializing in temple and shrine construction, in 2017 Japanese speech convention.
A letter from Mr. Zhang Hangtian
I have been studying carving of Buddhist statues since last April. At the beginning, I just wanted to touch Japanese traditional culture and chose this course.  Soon after I started studying, I was fascinated with it.  In last one year, I made eight sculptures such as a head of Buddha and Nyorai rituzou (Tathagata statue).  In carving a three dimensional stature, it is very hard to correct a mistake. This is the big difference form painting which I have been learning since I was a child.  Unless an auxiliary line which was erased by carving is rewritten, the body balance, curve line and thickness end us differently.  So it is a time consuming work to repeat carving along an auxiliary line and write it again.  As for a carving knife, I need to train hard, if not, it is not only difficult to carve, but also dangerous.  But when I could overcome difficulties and became more skillful after repeated hard works, I was fully satisfied with the good works I could accomplish.  I am very proud of myself to be a youngster who inherits traditional culture.   I will continue my effort to study carving Buddhist statues.  I also want to have chance to contact with people who have interest in traditional culture.  Best regards!
*********

Please click his picture, then you can watch Video clip of his speech in 2017Japanese speech convention.
Mr. Zhang is studying traditional architecture at Sado college of traditional culture, environment and welfare for three years from April, 2018.

The Saturday Japanese class had a social event.  33 people including class mates, their families, and volunteers participated.
We enjoyed watching various Hina dolls and wearing a traditional Japanese kimono coat, the Haori, with the help of the kimono club members.
We also enjoyed tea at the tea ceremony house,.
Students’ impression
Hu Yue   (China)

Tsuzuki Minka-en was a very big old house. It’s very thick straw roof was impressive. Inside the house we could see many tools in Edo era and Hina dolls and hanging dolls from the Meiji era to the Heisei era.
We could feel deep love of parents who made those dolls putting their love in each stitch. I was really impressed.
In addition, I could experience formal Japanese tea ceremony.  I was calmed down in the simple but elegant atmosphere though sitting with my legs folded under me was hard for me.
I found the beauty of Japanese traditional culture through Hina doll festival and tea ceremony.
This was a wonderful experience for us from foreign countries.